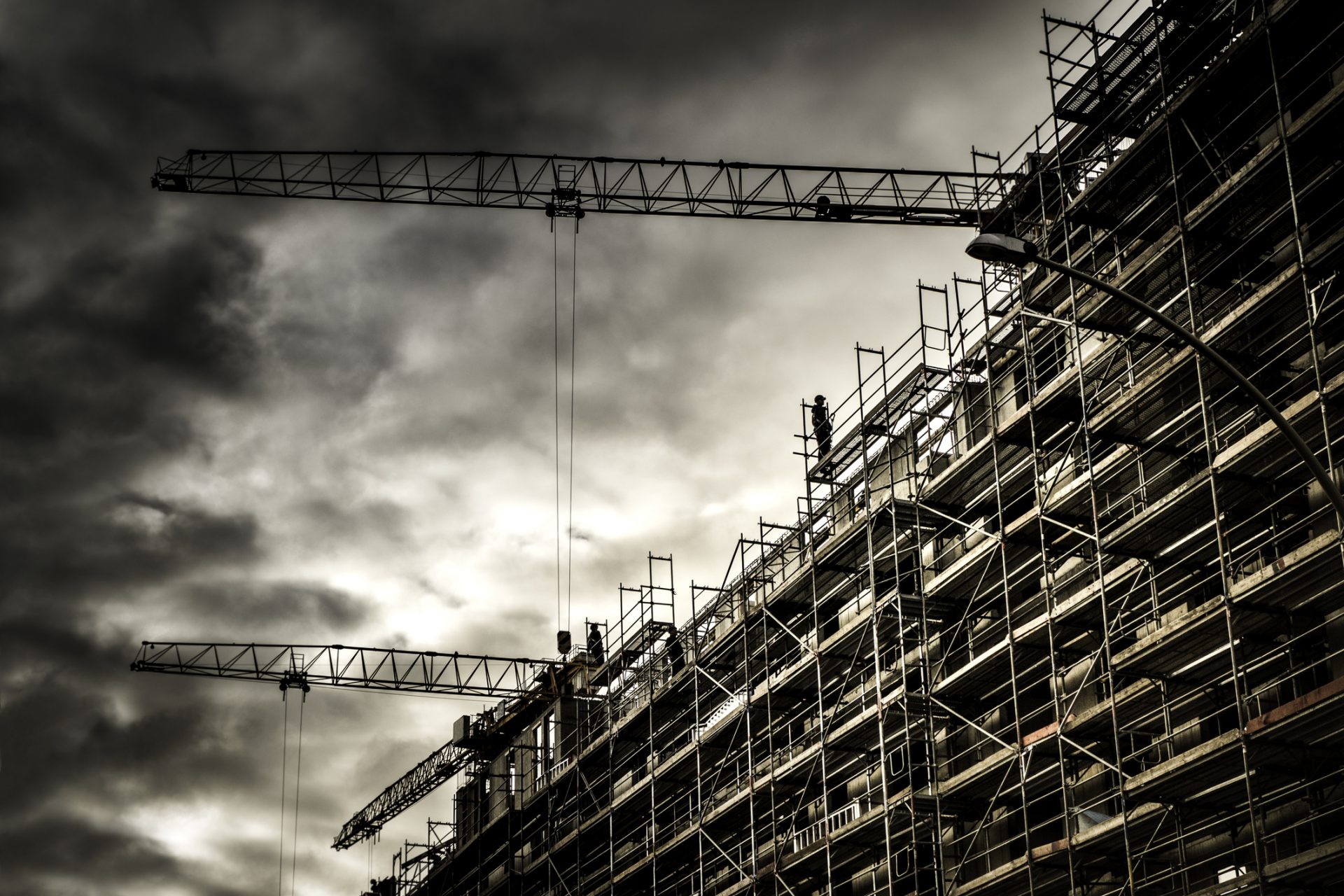 Climate change is resulting in increasingly extreme and unpredictable weather. For engineering contractors and developers, this means the risk is becoming more difficult to manage.

Flash floods in the desert, hailstones the size of tennis balls and new trends in how hurricanes and typhoons track and build momentum. These are just some of the issues that contractors must deal with when they consider the impact of natural perils on engineering and construction projects around the world. If the past is no longer a reasonable expectation for the future, how do contractors and their insurers better assess the risk?

In 2001, large parts of Algeria were devastated by flash floods following a period of heavy rain and strong gales. For Chinese contractors, building an important highway in Algeria – part of which extended south into the Sahara – it was a lesson in the unpredictable. Dry riverbeds became torrents, desert sand turned to mud and the roads were severely damaged. It was an indication that extreme events can and do happen and that drainage needs to be factored in, even in highly arid regions.

In the past, engineering and construction projects tended to be less exposed to natural perils than property assets, according to Patrice Nigon, head of construction and engineering, APAC, Swiss Re Corporate Solutions. This is because certain stages of the project could be planned around the seasonality of weather.

“If you had to lay a cable across a river, for instance, you would do it during the dry season,” he explains. “When you build a bridge, there are certain phases of construction that should be carried out during a period where there is no typhoons. In the planning of construction projects we need to anticipate what will happen and there are certain activities that you don’t do during certain periods.”

The increasing impact of climate change is making this planning more difficult and it is no longer as easy to avoid extreme weather. “We have seen examples of extreme weather occurring in parts of the world where it was previously not seen, such as mini typhoons on the Atlantic coast of Europe and in the Mediterranean sea, where it had never happened before. We’ve also seen typhoons on the eastern coast of China tracking further northwards. Typhoons that were limited around Shanghai can now develop in the north.”

According to a report from sigma, secondary perils are a particular concern, with the effects of climate change becoming increasingly apparent. Examples in 2019 includes the very heavy inundations that came with Typhoon Hagibis in Japan, storm surge following Cyclone Idai in Mozambique and monsoon rains in southeast Asia, all of which resulted in widespread flooding. Meanwhile, in eastern Australia, record temperatures fuelled wildfires that destroyed millions of hectares of bushland.

Exposed to the elements

Modern construction techniques have always taken natural perils into account, such as earthquake building codes in quake-prone parts of the world. But faced with increasingly extreme examples of weather, is there adequate resilience built in? This is a particular challenge for renewable energy projects, whether the technology is relatively new and it is still therefore unknown how well it can withstand natural catastrophe events.

“By definition renewable energy captures the energy of the sun or the wind and as such, these assets are more sensitive to natural events,” explains Nigon. “Hail can cause a certain level of destruction to solar farms, for instance. Normally, solar panels must resist a certain level of hail, but if it’s raining hailstones the size of tennis balls then the installation may well be severely damaged.”

“The same is true for the blades of the wind turbines, which are subject to lightening and to hail,” he continues. “The manufacturers can calibrate the resistance of the blades to a certain size of hailstones but if an event impacts the blades outside of this design range, the blade is likely to be more exposed resulting in more damage.”

In Asia, there is a lot of work ongoing to study the resistance of renewable energy to natural hazards, including typhoon and earthquake risk. “Particularly for typhoon, manufacturers are spending a lot of time and energy to design the blades properly and this is something we are following closely along with specialists and certification companies, such as the China General Certification Center (CGC),” says Nigon. “As underwriters, we check the certification before deciding whether or not to insure a certain type of turbine in a specific location.”

From a location perspective, the Taiwan Strait between Taiwan and mainland China, holds a concentration of wind farm risk that has yet to be truly tried and tested from typhoons.

“There is a significant development of wind farms off the west coast of Taiwan and along the east coast of China, south of Shanghai,” says Nigon. “These regions are exposed to typhoons and therefore there is an accumulation of risk.”

Studies by the IPCC suggest the size (or footprint) of windstorms, such as typhoons and hurricanes, are getting larger due to climate change. And that they are intensifying quicker due to warmer sea surface temperatures. Typhoons can span over 1,000km in size. In October 2019, Typhoon Hagibis was one of the strongest and largest typhoons to strike mainland Japan in decades, with a peak diameter of 950 miles (1,529km).

This needs to be factored in from an insurance perspective, explains Nigon. “If you look at the distance between the west coast of Taiwan and east coast of China, the distance between wind farms on both sides is around 120km to 140km, which means that one typhoon going straight down the middle could affect both sides, so there is a potential accumulation between Taiwan and China.”

“A lot of insurance capacity is therefore required for this kind of risk,” he adds, “and accumulations need to be carefully monitored. And better knowledge and understanding how typhoons impact offshore wind farms is needed and lowering the natural catastrophe limit in the insurance contracts is not the solution.”

Nigon anticipates the hardening insurance market will improve communication between all parties when it comes to the impact of natural catastrophe risk. “It’s important that risk managers pay specific attention to new trends in natural catastrophes, which is not always the case in engineering and construction. We need to be more cautious and proactive in how we approach these risks, because climate change is already having an impact and the trend has a negative outlook.”